I’m thrilled to be able to tell you that the third book in the Western Lands and All That Really Matters series, The Light Bearer, has just been released. Details about the book are below. It’s available on Amazon and is in Kindle Unlimited.

It’s been a pleasure to finally have it out in the world, and to have people enjoying it. I hope you’ll pick it up and give it a read it as well. 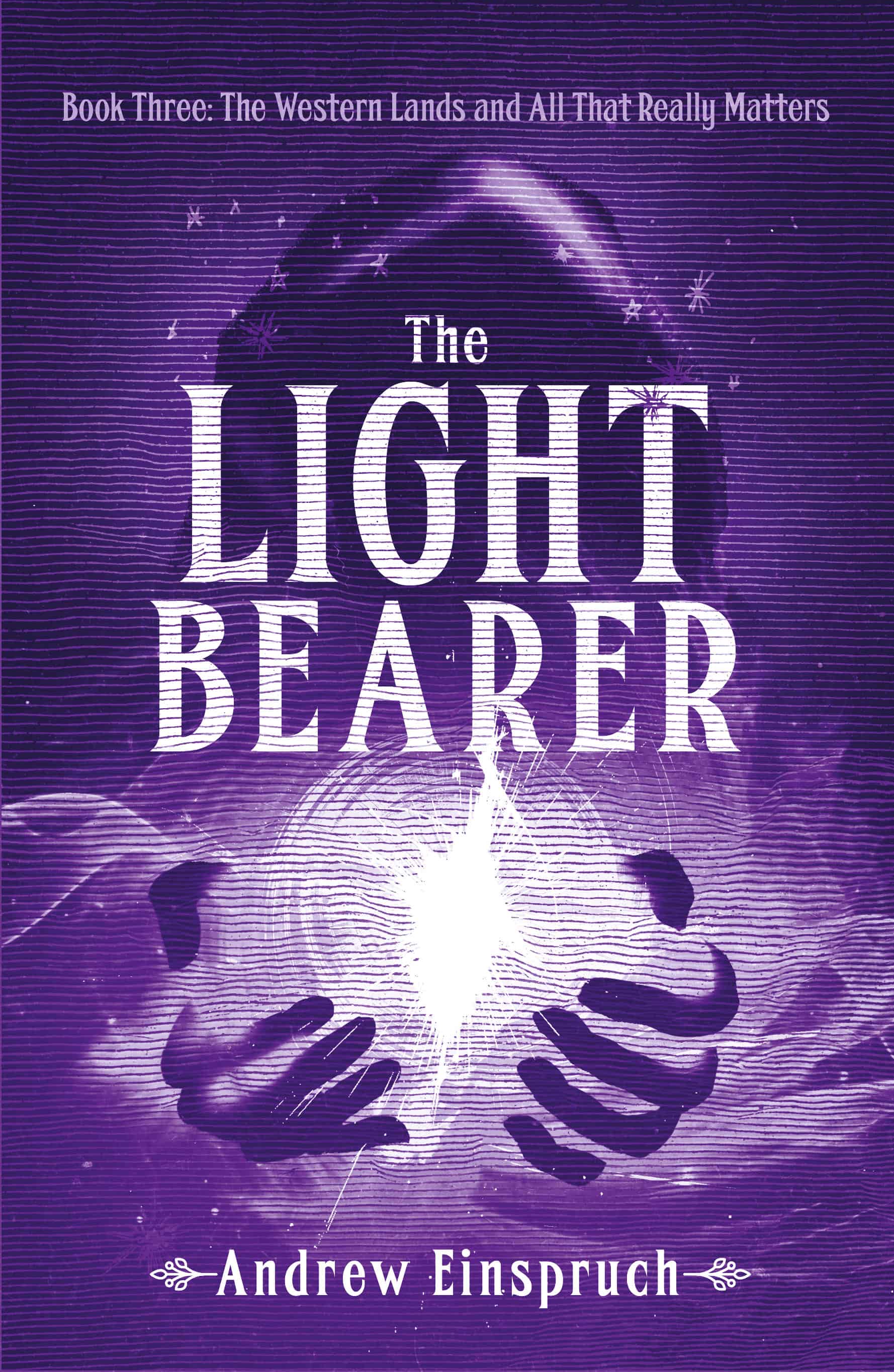 Princess Eloise and her friends Lorch, Jerome, Hector and the Nameless One are off on their biggest adventure yet with lots of pluck, heroism, danger and, of course, haggleberry tea.

Here’s what one Amazon reviewer said:

“The Light Bearer develops the playful, distinctive but highly recognisable world which Einspruch has crafted in his first two books (plus prequels). It’s fast-moving plot full of the unexpected. Like his other novels, it pokes gentle and hilarious fun at creed and stripe – Einspruch is definitely an equal-opportunity satirist. It’s packed with hilarious place-names and jokes.”

“Book 3 of Einspruch’s series is a riot, a romp, a riddle and resoundingly good read. I highly recommend you indulge for yourself.”

Get The Light Bearer Now

The horse lay on his side, eyes rolled back against the midday sun, tongue lolling on the ashen, snow-flecked ground near an active lava flow. He was Nergüi Unbenannt Nimetuseta, khan of the Central Ranges, and his legs twitched, hinting at the swirling sights, sounds, and signs of the Purity. His painted body’s positioning carefully balanced all that was sacred to the Us—proximity to fire and earth, exposure to water and air.

At a respectful distance sat the dream wife, the only human permitted to live among the Us. She’d administered the mixture of vision herbs that connected the horse to the Purity. Now she held space, sitting cross-legged on a blanket, cradling a ready bowl of water.

Next to her, less still, was the new herd rememberer, who gave a small shake of his mane. “Dream Wife, how long until His Alacrity speaks?” he whispered.

The dream wife turned her head to face him as if roused from her own connection to the divine. “The Purity does not see time like the Us, Herd Rememberer. The khan will speak when the khan speaks.”

Hours passed, marked by little. The khan panted and sweated, occasionally swallowing some of the ash, dirt, and snow sticking to his tongue.

Night crept in, and the snow began to settle. The herd rememberer shifted a few weak lengths closer to the warmth of the nearby lava flume, earning a disapproving glare from the dream wife.

The full moon reached the top of the sky and, as if on cue, the khan jolted upright with a loud “Huuuuh!”

Legs scrabbling, he stood, bad leg buckling, sweat dripping from his coat. The dream wife also stood. She walked forward in silence, offering the water bowl. The khan slurped, sluiced, and dribbled, clearing his mouth. She threw her rug over him, knowing the shivers would soon start.

The herd rememberer was unsure whether to stand or stay down, so he didn’t quite do either. His forelegs stretched awkwardly forward, but he did not heave upward.

The khan, his voice thick from his connection to the Purity, said, “We must prepare to receive the Light Bearer.”

“The Light Bearer?” asked the herd rememberer. “Khan Nergüi, I thought you gave no truck to myths.” Too late, he realized his mistake. One never questioned the khan’s pronouncements from the Purity. Plus, the herd rememberer’s role was to remember, not comment. “My apologies, Your Alacrity. Forgive me.”

The khan looked at him. On his forehead, a painted third eye incorporated the white splotch that passed for the khan’s blaze. The fake third eye was supposed to open him up to the Purity, but right now, it seemed to bore into the herd rememberer.

“I do not forgive, Herd Rememberer,” said the khan. “But you are new to your role. This time, and this time only, I will choose to forget.”

“Thank you, Your Alacrity. Your words will be remembered for the Us.”

The khan’s teeth clacked as the shivers began. The dream wife took a cloth from a pocket and wiped away the ochre symbols from the khan’s neck and body.

The khan had seen the light born, but not the Light Bearer. It was clear the bearer was coming. He prayed to all the equine deities that the bearer would be one of the Us. But he knew the ways of the gods, and it was just as likely the Light Bearer would be a horse of the Not Us or an armadillo or a stick insect of the savages. The gods were perverse in their humor—one of the many burdens the Us had to endure, along with harsh boiling lands and sparse grasses.

Then the khan was lost to the fevers that came from being in touch with the Purity.